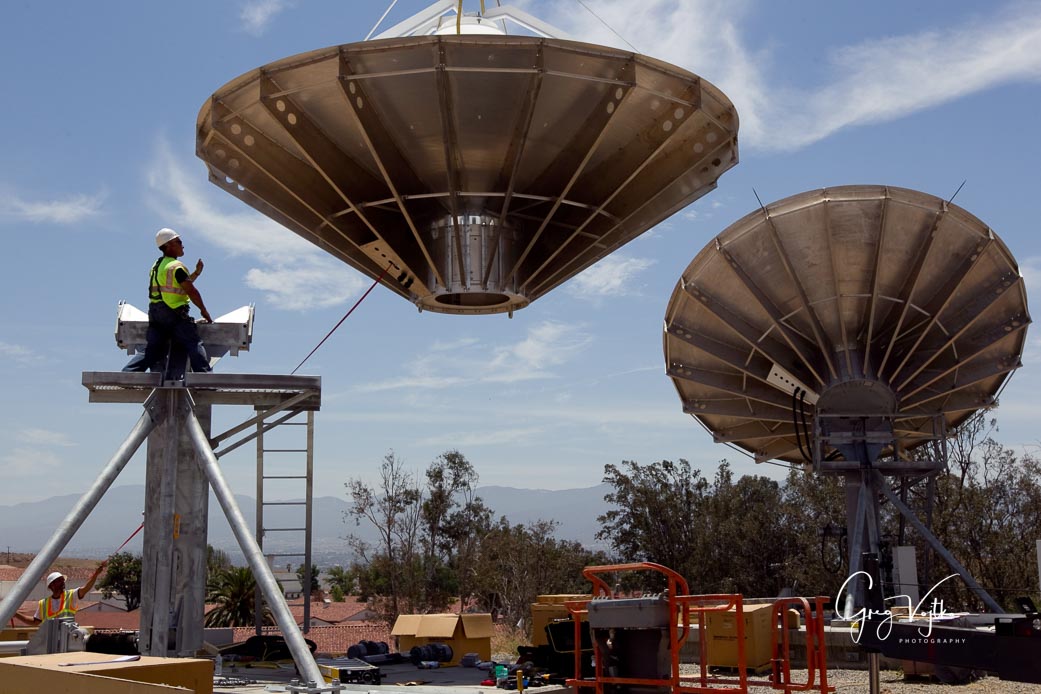 The Press-Enterprise ran a pair of photos with an extended caption following the installation.